Vice-president Of The Republic 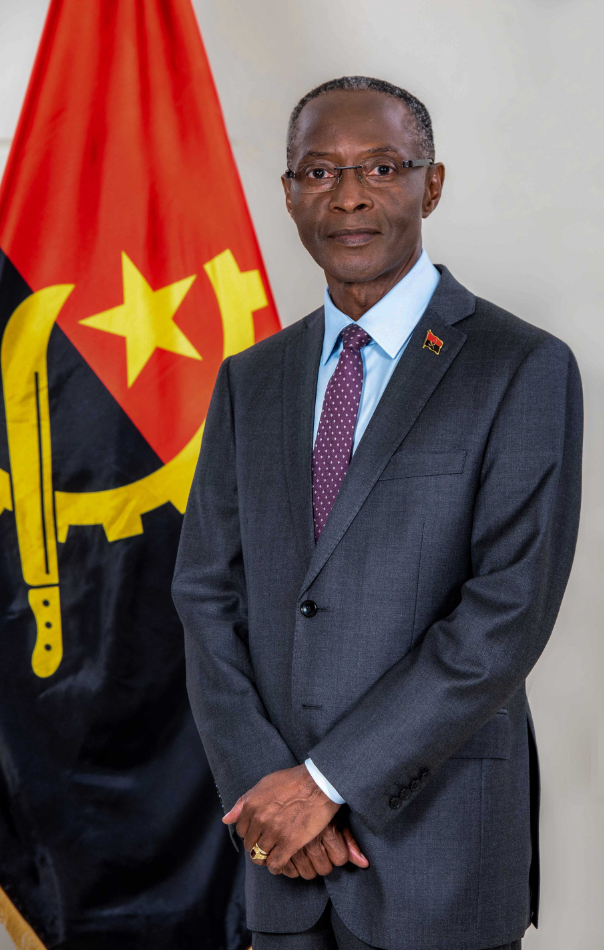 Vice-President of the Republic of Angola, elected in the general elections of 23 August 2017, Bornito de Sousa Baltazar Diogo, was born on 23 July 1953, in Quessua, Malanje Province.

He is the fourth of six children of Catarina Manuel Simão Bento “Katika”, house wife, and of the Reverend Job Baltazar Diogo, former Political Prisoner, Primary School Teacher, linguist in the specialty of Quimbundo-Portuguese and translator of the Holy Bible, from Portuguese to Quimbundo.

He is married to Maria José Rodrigues Ferreira Diogo, he has four (4) daughters.

He did his primary education at the school “Amor e Alegria”, at the Methodist Mission of Quessua, and at the Central United Methodist Church School, in Malanje and Luanda, respectively.

The activity of his father, both as an evangelical preacher and as a political activist and teacher, led him to be in constant change. He was only six (6) years old when he moved to Quipedro, municipality of Ambuíla, Uíge province, where his father had been transferred as Pastor of the United Methodist Church.

In 1965, he moved to Luanda by train, where his father and his uncle, Dr. Luis Micolo, were in fixed residence after serving a prison sentence in the jail of PIDE, the colonial political police.

In the capital, he was admitted to Liceu Salvador Correia for secondary education, which he concludes at the Liceu de Moçâmedes.

He soon joins the fight for national liberation, as a clandestine militant of the then Angola People Liberation Movement (MPLA), in Marçal neighborhood , linked to clandestine student circles connected with Commander STONA, in the region of Kwanza-Norte.

At the time, some historical facts would end up being determinant for the formation of his nationalist conscience: the social convulsions of independence in Congo and the imprisonment of his father and his maternal uncle, Dr. Luís Micolo, lawyer, teacher, musician and distinguished personality of the Catholic Church of Angola.

In December 1970, with Baltazar Diogo, his older brother, he was notified to show up at a colonial police station just after the festive season. His father, Reverend Job Baltazar Diogo, even tried to protest to the colonial authorities, suggesting a “possible misunderstanding”, since his children were underage. It was the last supper in the company of his parents and siblings, until the attainment of the national independence, on 11 November 1975.

Arrested on January 2, 1971 by PIDE-DGS, in the then São Paulo Prison, he is transferred by boat to the Prison of S. Nicolau/Bentiaba, Namibe province, from where he would only be released in May 1974 following the Revolution of April 25, which dictated the fall of the Salazar regime in Portugal.

He has two degrees: one in Social Sciences, from the Escola Superior do Partido (The Higher School of the MPLA Party), and another in Law, from the Agostinho Neto University.

He is a Lawyer and Professor of Political Science and Constitutional Law at the Faculties of Law of the Agostinho Neto University and the Catholic University of Angola and co-author, with Prof. Dr. Adérito Correia, of the collection “Angola – Constitutional History”.

He did political-military training at CIR Kalunga, Dolisie/ Loubomo, Republic of Congo, and at CIR Binheco, Maiombe Forest, Cabinda Province, 2nd Political-Military Region, being then transferred to Cabinda Province as Political Commissioner of the Administration and Services Company (CAS), of the 2nd Region Army General Staff.

He has been Political Commissioner of the Angolan Navy since 1976, when this branch of the then Angola People Liberation Armed Forces (FAPLA) was founded on 10 July, and in 1981 he became Deputy Head of the National Political Directorate of FAPLA.

He studied at the Higher Military Officers School of Huambo and General of the Angolan Armed Forces (FAA), in the Reform.

He chaired the Legal Affairs, Rules and Mandates and Foreign Affairs Committees and was Vice President of the African, Caribbean and Pacific/European Union (ACP/EU) Parity Parliamentary Assembly.

His hobbies are Aviation (he has a Private Pilot License for Aircraft), Municipalities and Cities development and integrated management issues, Computing and new technologies, Recreational Naval pilotage, literature and sport.

He speaks Portuguese and English proficiently, as well as French and Spanish. His mother tongue is Quimbundo.

He served as Minister of Territorial Administration from February 2010 to September 2012 and was reappointed in October 2012.